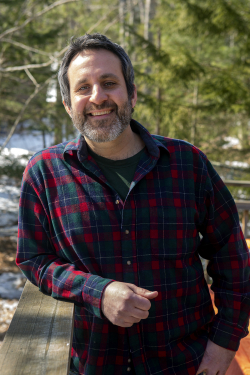 I grew up in Chelsea, Maine, attended Hall-Dale High School and Bates College where I studied Anthropology, Philosophy and English, and then lived in Portland for several years. I moved back to the Kennebec Valley 6 years ago. My mother worked as a first-grade teacher at Jefferson Village School and my father, who attended Cony, worked as a marine worm digger in Wiscasset and a Systems Analyst for the Dept of Health here in Augusta. My grandmother grew up on Monroe St on Sand Hill and was married at St. Augustine Church where my uncle was also ordained.

I lived on a sailboat for five years while in Portland, working as a carpenter and bicycle courier and mechanic. I bought my first multi unit in Portland and now own, renovate and repair buildings in Gardiner, Hallowell, Jefferson, Chelsea and Augusta . I am currently renovating and re-purposing the former St. Mark’s Episcopal Church property in Augusta. I have turned the parish hall into a 3 unit apartment building and am living in the former rectory. I am working on saving the stone Gothic church building by turning it into an arts and culture center that will feature music, film, theater, lectures and visual arts all while raising awareness and support for climate issues and habitat destruction. Re-purposing this historic property has connected me to many former parishioners, city officials and neighbors.

I am running to bring new energy and ideas to help bring Maine’s economy up to date. We should be looking forward at new and emerging industries and opportunities. There is a lot of financial and employment potential in the solar, wind, and renewable products industry, I want to help catch Maine up with the rest of New England. With a healthy economy there will be more money and opportunities to help people struggling with healthcare costs. People shouldn't lose everything if they become ill. Maine should have strict laws that force health care providers to prioritize benefits for Maine people over profits.

Our Social Security system is a promise that was made and must be 100% funded. Our elders shouldn’t have to worry about cuts in their payments. I will support legislation that protects seniors from fraud and that limits property tax increases on the homes of senior citizens.

Expansion of the renewable energy industry will benefit Maine in many ways including the creation of good paying jobs, more regional energy self reliance, and cleaner air and water. I will support legislation that expands access to solar, heat pumps, and electric vehicle access for all Mainers.

Healthcare for all people is a basic human right in a civilized society. I will support legislation that expands access to healthcare and makes it more cost efficient by reducing administrative costs and excessive profits. I will further fund it by supporting a tax on tobacco, junk food, other products, and chemicals that impact human health so that those products would represent the true cost to the health care system.

Limiting climate change should be our number one priority. Our health, our economy, our food systems, our security, all rely on a healthy and stable climate. Maine should be passing strong and immediate legislation that proactively deals with this issue and we should position ourselves as a leader for New England and the rest of the US on this important issue. 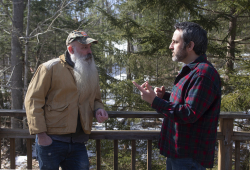 "I’m voting for Adam because he is dedicated to our community and will always have our best interests in mind." -- Amanda Jones Taylor

"As the new owner of the former St. Mark's Church property he is doing great things for Augusta and will do even more as a State Representative." -- Former Representative Anna Douglas Blodgett 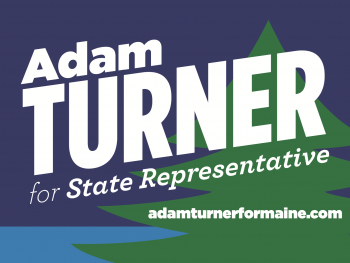